Kailangan Kita (I Need You), a 2002 film in the Philippines that tackles a beautiful love story shot in the province of Bicol. Claudine Barretto plays the lead role Lena, a simple lady in the province and Aga Muhlach as Carl a Filipino working in the United States who made a visit in Bicol to fix his wedding with Lena’s elder sister. This movie is under Rory Quintos’ direction and produced by Star Cinema, ABS-CBN film productions. 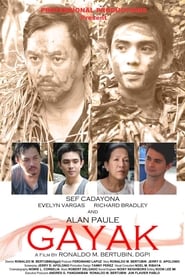